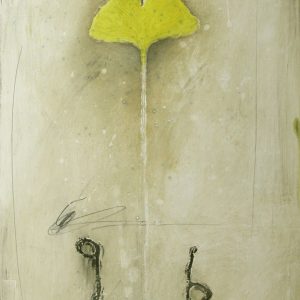 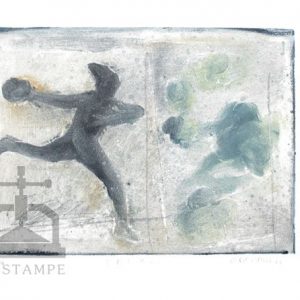 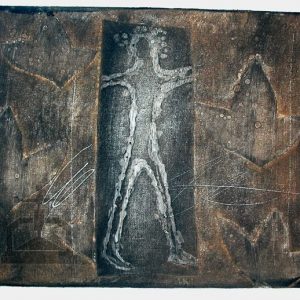 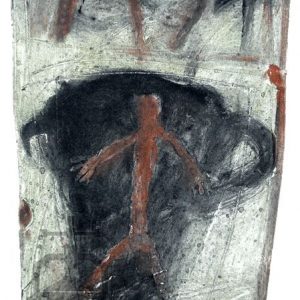 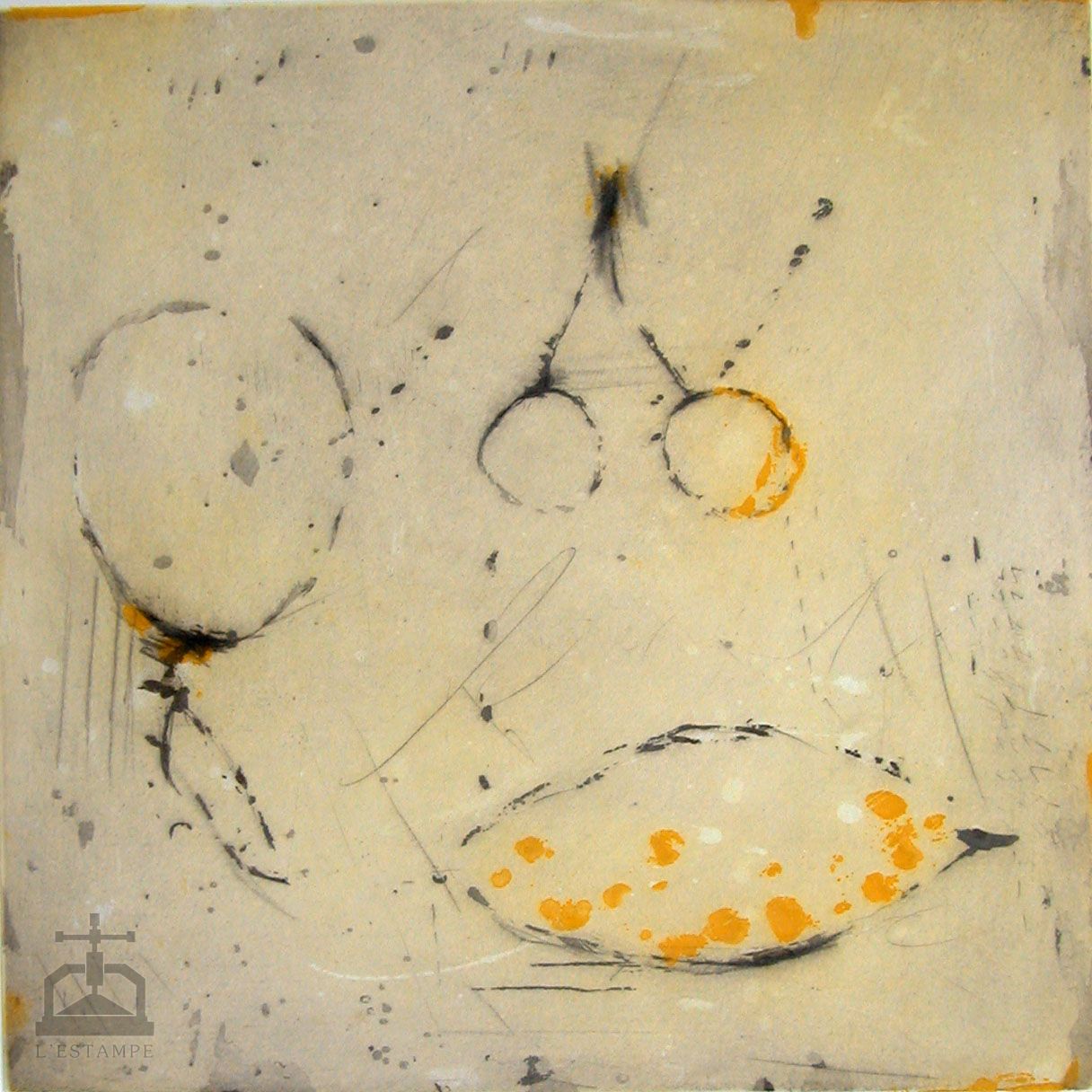 Lizards and shells, snails and molluscs – in the picture world of Alexis Gorodine we discover organisms, which – quasi off the evolution – since primeval times remain apparently on the same level of development. Accordingly these creatures are also in the paintings in a strange state of suspension, one moment before petrifying. In their significantly reduced shapes they look almost like fossils, traces of former organisms, on the mineral surface of the canvas. Here we find a special preference of Gorodine, which has its cause in eternal outlasting of these early life forms.

And then humans step into the scenario: Early cave designs come to mind, when a bull he 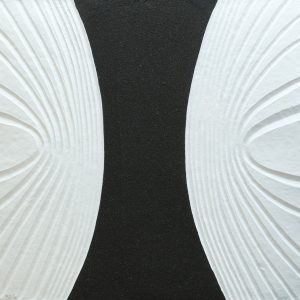 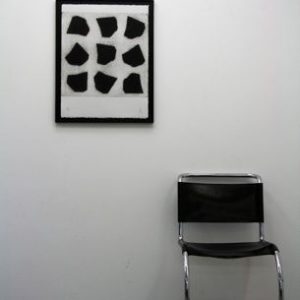 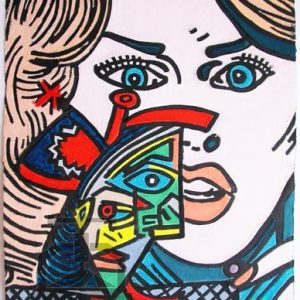 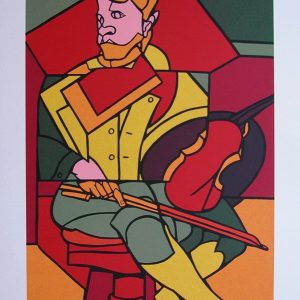